The upside this year, was that instead of waiting at the top of the mountain for 90 minutes freezing before the race started, we got on the last bus up the mountain and were dropped off five minutes before the start. This is because they have a REALLY bizarre way of organizing the bus pick-ups in that they don’t organize it at all. So you have to nomadically wander from bus group to bus group hoping that they can squeeze you onto the next bus that arrives. And when that doesn’t work, you try again. 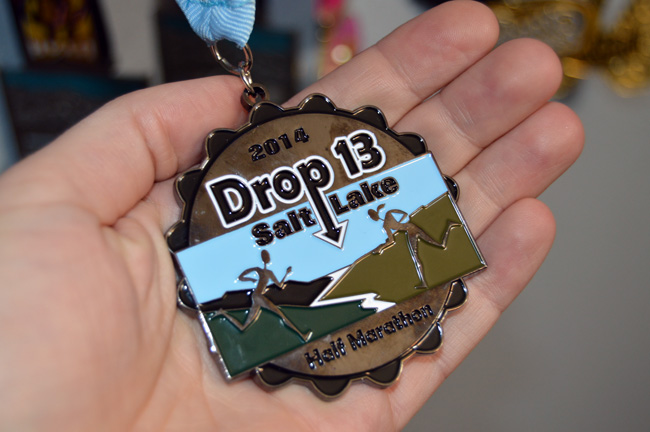 Which is about where I saw a sign near a puddle that said, “No boating or swimming.” Ok, maybe it wasn’t a puddle. But it was practically a puddle you guys. It was in the middle of a residential/commercial area. It was smaller than your average backyard pond. If such a thing is actually average.

END_OF_DOCUMENT_TOKEN_TO_BE_REPLACED

This. Took. All. Day.
Crafts & Cricut stuffs are hard things to keep organized. But paper storage, letter sorters, command hooks, and 1-inch casters to the rescue!
Decorating for Halloween. Usually I start out earlier in September but all these anti-vaxxers and people who don’t want to accept the pandemic is still happening - altogether are trying to kill my family and close friends, has me a little blue. But this made @chad_spain_7 smile, so it was 💯 worth it 🎃
If your garage is cluttered, are you utilizing your wall space effectively?
Organizing drawers is a hobby of mine. If you know me well enough, you’ve stopped asking, “but aren’t they organized already?”
I’ve talked about this closet before, it’s the random coat closet the builders wanted to put in the dining room. And I was about the “delete” it before I realized that we needed somewhere to hide the cleaning supplies. Because no one can know that we clean our house. It’s a secret.
I love our spice drawer. I made a long a$$ post about it. Link in the bio.
It took 2 months but I finally got a refund through my bank. Working on getting refunds for the hundreds of “customers” who still don’t have their money back 😩
Just inside the garage door entrance, we have a small command center for keys, coupons, running watches & chargers. It was important for me to have a place where we could store the things we forget the most when running out the door.