Last April, while I was recovering from my (very minor) shin stress fracture and anticipating running in the Pixie Dust Challenge, I may have gotten a little stir crazy and started thinking that maybe the Glass Slipper Challenge we did in 2014 wasn’t so bad. Humidity? Ha! I live in the desert. I think a […]

I was happy with my finish time and was feeling great for having run a quick 10k. Chad wasn’t entirely pleased with his time, but it was still really fast. You guys, the medal though, like all of my favorite medals: spins. 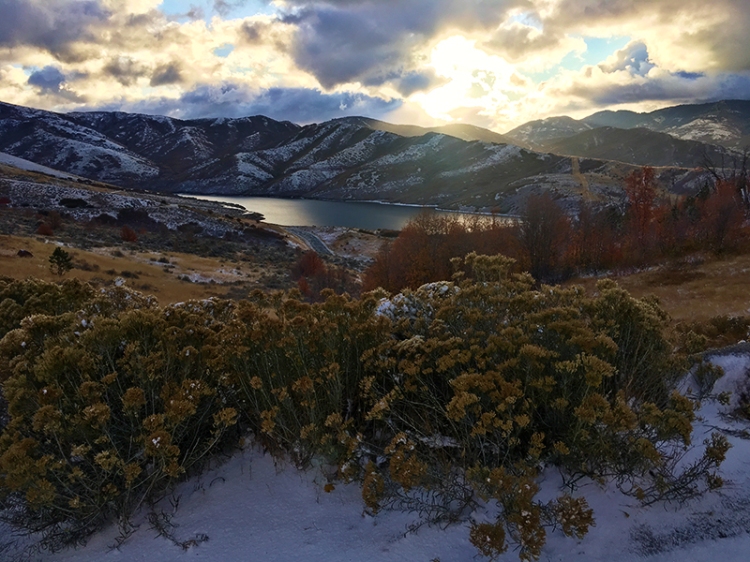 Big deal races (and runDisney) require a POT (proof of time) if you want to be in a good corral (A or B, but really A) on race day, and not elbowing your way through the people who are here for the medal and a long ass walk. The last time I needed to sign up for a race solely for a POT was prior to my very first race, so, almost four years ago. Unfortunately for me, after taking almost a year off of running races because of my hip injury, and then returning to running about 30 seconds per mile slower, all I had were some disappointing (to me) race finish times to submit.

Almost a year later, and one week before the Salt Lake Half, I was diagnosed with another stress fracture. This time it was in my shin. However, a shin fracture turns out to be something that heals WAY faster than a hip. No crutches, no sitting around on my butt, just a PREFERENCE that I not run on it while it was healing. AND it would ONLY take 3 weeks to heal. Which meant that although the doctor preferred I didn’t run the Salt Lake Half (I listened!) he had absolutely no concerns with me running the Tinker Bell Half.

I rode the stationary bike at the gym for three weeks, bought new shoes the week of the race, and had one (approved!) practice run before heading down to Anaheim. Walking around the expo (instead of on crutches and in a crappy mood) was super fun and I’m not being facetious. Instead of wishing I could crutch into a hole and die, I invisibly slipped from booth to booth looking at things and getting zero sympathy from random strangers who wanted to discuss various running ailments they’d had.

END_OF_DOCUMENT_TOKEN_TO_BE_REPLACED

In the last 5 years or so, I’ve managed not to kill my small collection of house plants (mostly hard to kill succulents). I branched (ha ha) out to some other plant friends and decided to use the vertical space in the living room corner because it has the most light.
Spicy spice drawer.
Our next project: privacy panels behind the Uh-Oa Waterfall, so we don’t see a basketball hoop when we’re pretending we don’t have neighbors 🤣
This. Took. All. Day.
Crafts & Cricut stuffs are hard things to keep organized. But paper storage, letter sorters, command hooks, and 1-inch casters to the rescue!
Decorating for Halloween. Usually I start out earlier in September but all these anti-vaxxers and people who don’t want to accept the pandemic is still happening - altogether are trying to kill my family and close friends, has me a little blue. But this made @chad_spain_7 smile, so it was 💯 worth it 🎃
If your garage is cluttered, are you utilizing your wall space effectively?
Organizing drawers is a hobby of mine. If you know me well enough, you’ve stopped asking, “but aren’t they organized already?”
I’ve talked about this closet before, it’s the random coat closet the builders wanted to put in the dining room. And I was about the “delete” it before I realized that we needed somewhere to hide the cleaning supplies. Because no one can know that we clean our house. It’s a secret.